We are always looking for persons who are interested in our project, want to bring something special into the association in any kind of field of their skills or want to make a donation. Contact us for more details.

If you like the idea of safeguarding the intangible heritage and want to participate to our actions & projects.

Make a partnership with us ! or become our sponsor

Be part of our project and support us ! 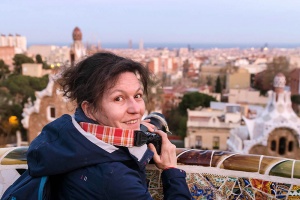 Rozenn Leboucher is a french professionnal photographer who has been working on the intangible heritage since 1999. Rozenn travels the world using a particular photographic style that is both social and documentary: she calls it ethno-photography.
While catching the expression of the peoples she met in their native environment, Rozenn became fascinated with the variety of their cultures. Since 1999, she thus attempted to emphasize the originality of traditional and typical festivals of the fast disappearing tribes.
Rozenn’s photographs bear witness to this astonishing cultural heritage. She is paying a tribute to traditions and peoples from the five continents.
Through her ETHNOCOLOR project, she wants to increase the public knowledge of her subjects, who feel very strongly about their ancestral customs. She has won several photo competitions on the intangible heritage included ‘Humanity Photo Award’ in partnership with Unesco for a couple of times. She is a member juror of this competition. 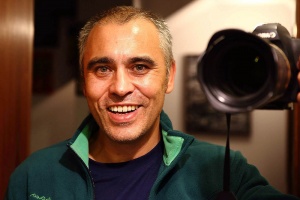 Manuel Teles is a Video Maker and a photographer from Portugal. He has been photographing his own environement for the past 10 years giving attention to small village around Braganca, where is was born. He has published several reportage in Correi da Manhana and Lusa.