Initially, ETHNOCOLOR is a photographic project based on traditionnal festivities studies & archivals in an internationnal scale which has started in 1999 by Rozenn Leboucher’s initiatives.

She has therefore realised a batch of reportages on various subject whereby singular ethnical populations, often threaten of extinction, are shown to their best original way.

Her major focus is to show the immense diversity and originality of world cultures.

Her Ethnocolor Exhibition expresses a global vision of the intangible cultural heritage of humanity that UNESCO tends to protect.

She hopes to increase worldwide respect by showing how these cultures maintain an intense passion for ancestral traditions.

She wants to initiate present and futur generations to the deep nature of these multiple cultural heritages.

The ETHNOCOLOR exhibition presents more than seventy varieties of traditional celebrations through thirty countries across five continents. It reflects the shimmering and multicored richness of cultural diversity.

” Within these various documentary photographs, I have therefore tried to reveal the peculiarities of these far-flung festivities and to immortalise their local customs.

Attempting to promote the immense cultural diversity of these peoples takes root in one sole purpose: to raise awareness of the nature and the richness of worldwide heritages that are nowadays often in danger.

After having rubbed shoulders with locals and understood their pride to practise their ancestral rites, it felt essential to me to make people share the human aspects hidden behind these patches of colourful costumes that I have often discovered in rough places and arid surrounding lands.

From displays of flagellation in Quito, to public mutilations in Phuket, that is, from the Andes to Thailand, and across thousands of kilometres, I discovered evidence of a similarity among all, a commonality that pulses along through the veins of folk legend and revealed through the native processions, intricate costumes, multicoloured spectacles, tribal dances and hypnotic rhythms.
The intense gazes and mystic auras of the participants is equalled only by the onlookers who often exhibit the same ecstatic enthusiasm and passion.

These ceremonies – as much impious as religious, but ever colourful, animated and joyful – demonstrate the common peoples’ need to celebrate life, rather than make war.”

Exhibition Ethnocolor en Terre Bretonne by Rozenn Leboucher. This exhibition is a summary of the Feast of the embroiderers in brittany. 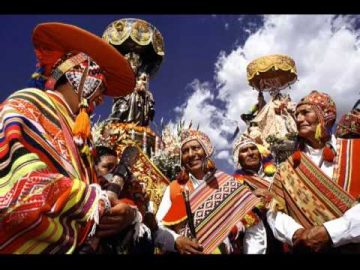 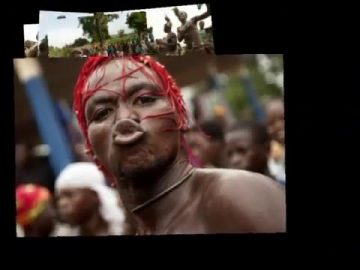 “Although discovery and exploration have raked over the planet, human adventure is far from over. And even though African, Latin and Asian art, fashion, music and literature have infiltrated Western pop-culture, it is truly more inspiring to encounter the soul of these people in their homeland.

Whether it is expressed through ancient Animism, Confucianism, the various schools of Buddhism, the sects of Christianity, or the mythology of Hinduism, all maintain at their collective core an ancestral folklore tradition.

I hope each of us will help protect this cultural heritage around the globe. Through my travels and meetings, races, colors, borders have become blurred in exchange for a smile, a handshake.

It is thanks to the hospitality of these people that I had the chance to know and share excerpts of life, rites and customs unique, unforgettable.

Those who have sacrificed their meagre earnings in exchange for sumptuousness of costume have guided, informed, encouraged, protected and cared for me throughout my research and travels.

The hospitality of these humble and smiling people greatly touched me, spurring me to dedicate myself to this project.
May the spirit of these peoples be captured by my endeavours and not be lost ! “